Messing With The Fruit by Simon Williams.

i’m under all this weight
of air , miles of it
piled on top of me . i go
swimming in atmosphere
, keeping my fins invisible
. i’m a landfish , the bait
dangles in front of me
. i learn to keep my mouth
closed , breath through my nose

surviving
without getting hooked
. sometimes i’m minnows
sometimes the shark

The dead reach out across the desert,
burned like bricks by the enemy sun.

Beyond the corpses,
a litter of bottles emptied of life
makes a trail to the border with its gaudy signs.

Down the highway,
a panel truck hides its contraband behind a locked door.
Inside the odor of bodies warns the night sky
to open its arms to death’s bounty.

The desert stretches,
a merciless sea of boiled blood waiting for the coming sun.

Only the desperate
believe the lies of the coyote.
(Coyote tricked the Holy Ones out of their fire
and gave it to the People along with this scorched earth.)

Somewhere the names of workers are written
like beads between fingers.

From the Associated Press:
Dolphins found shot, slashed, stabbed, and missing jaws.
Mutilations and other injuries recorded in recent months.
One found dead near Gaultier had a hole made by a 9 mm bullet.
Scientists who study marine mammals report four recent strandings
and on a recent Friday, another dolphin dead on Deer Island,
a piece of his jaw removed.

This just in:
Nietzsche was right about God,
and I am left alone in an incomprehensible world.
Sentient creatures who might have the answer I seek
die bleeding peace into a dirtied ocean,
its waters fouled with despair that cannot be scrubbed clean.
Dateline Damascus:
Children and journalists mutilated and killed by bombs,
blown into the meaningless abyss of a zero sum game.
They failed to learn the rules of play.

In other news:
People shot, slashed, stabbed—
an endless litany of horror born of greed for capital or… 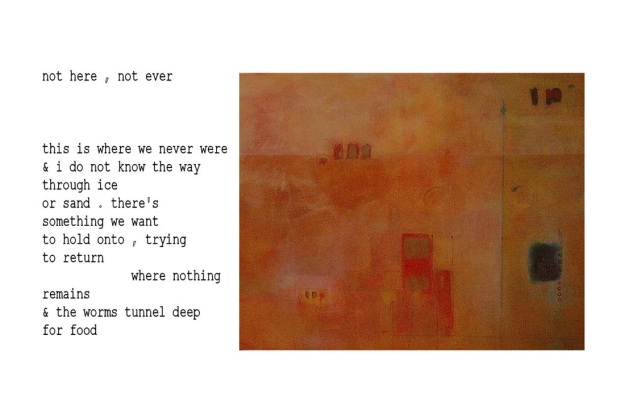 My Tweets
reubenwoolley
Create a free website or blog at WordPress.com.