Billy Mills reviews my book, ‘some time we are heroes’, and three others. An excellent review. 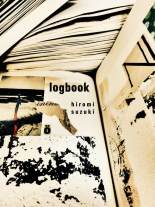 group of Japanese poets founded by the surrealist Kitasone Katue and whose work I first came across in the excellent Empty Mirror. The work collected in this enterprising volume from Hesterglock consists for the most part of collages using scraps of images and text from magazines, newspapers and other ephemera in a style that is highly reminiscent of certain Dada artists, including Kurt Schwitters. Interspersed between these are a number of prose statements that act as commentary on both the work assembled and Suzuki’s methods.

Interestingly, she appears to reverse…